Farm workers near Slaidburn heard the roar of an aircraft's engines on the afternoon of January 2nd 1945. This in itself wasn't unusual as nearby were the airfields of Warton, Squire's Gate and Samlesbury, aircraft regularly flew over the fells.

As the aircraft came nearer, a few heads were raised, it was low -too low! Ahead lay the rolling hills of the Trough of Bowland, shrouded in mist. Still visible below the cloud it passed overhead, the four Pratt and Whitney Twin Wasps of the B-24 Liberator hummed in harmony. Seconds later the engines screamed in a vain attempt to evade the looming mass of Burn Fell. In the carnage that followed, amazingly only 4 were killed. The aircraft was ripped open as it slid up the hillside and the lucky ones were thrown clear before the wreckage burst into flames.

To obtain a clear picture of the incident, we must go back a few hours earlier to that Tuesday morning. Lt. Courtland Crandall and Lt. Alan Carey were relaxing in the officer's club at the USAAF Base at Seething in East Anglia. They had just returned from a 48 hour pass to London and were still in their dress uniforms. An orderly informed them that they had been drafted to take a 'war weary' aircraft to Warton. On his way to the aircraft Crandall stopped to pick up a paperback that he had been reading. As the pilot and co-pilot arrived at the hard-standing, they found navigator Marshal Dan, radio operator Oscar Olson and their flight engineer Donald Zeldin waiting for them.

Their aircraft was a B-24J Liberator, 42-100322 of the 714th Bomber Squadron, from the 448th Bomber Group. The aircraft was quite old and still carried an olive drab coat of paint. It had

been on many missions as indicated by the painted bombs on the cockpit side. After its flight to Warton, it was due to return to the States. Accompanying them on the flight was a second crew that was to ferry another Liberator back to Seething. In addition, a number of personnel that were due some leave hitched a ride, their destination being Blackpool. The pilot of the relief crew was Lt Holt and he asked Lt Crandall if he could fly the aircraft on its outward leg. This Crandall agreed to as it would give him some time to complete his paperwork.

Graham recounts a story of a fighter plane (possibly a Hurricane) 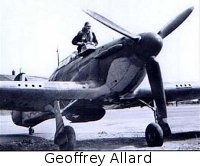 landing at Brungerley Farm. Details are sketchy. Graham's Grandfather was the Police Sergeant in Clitheroe during the War period. His Father got the call and arrived on the scene to meet a pilot by the name of Flight Lieutenant Allard who was dismantling his guns and was surprised to see a "bobby"walking up to him, wondering where he had come from not even having seen Clitheroe due to the mist. He stayed at Graham's Grandfathers address in Buccleuch Avenue for about three days until the fighter was removed possibly by a Queen Mary transporter.

Flight Lieutenant Sammy Allard was later warded a DFC and trained new pilots after the war, sadly being killed in a flying accident with one of his students.

For those wishing to know more about Flight lieutenant Sammy Allard please click on the following website http://en.wikipedia.org/wiki/Geoffrey_Allard

A Type (1) Mustang from No 4 Squadron based at Clifton, York was on a photographic sortie on the 29th November 1942 with Flying Officer S P Marlatt (RCAF -Canadian) as pilot. He hit the bleak, mist shrouded moorland at Holdron Moss, near Dunsop Bridge. The aircraft ploughed into the moor at cruising speed, shattering on impact and killed the Canadian pilot instantly, leaving fragments of wreckage strewn across a wide area.

More details on this link -  Mustang on Holdron Moss 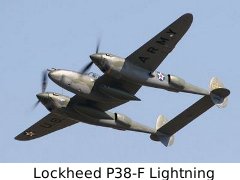 A collision took place and as a result the above plane flown by 2nd Lt S White the pilot was killed. The planes base was at Goxhill, Humber Estuary near Kingston Upon Hull.

More information to follow on this crash and others and my kind thanks to Nick Wotherspoon for this. 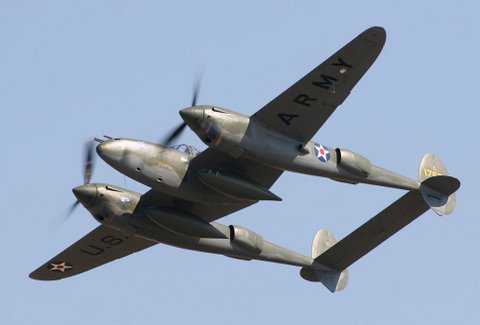 Crashed Dunsop Fell. Forest of Bowland.  26th January, 1943. It appears these planes collided before both crashing into the fells.