Members of the Clitheroe Youth Forum went over to Dishforth cemetery today 16/05/2015 and the actual airfield in Yorkshire. Held a small service to place a wreath and flags on the late Pilot J M Gilmer grave. Well kept cemetery. Some photographs below

The photo of Dishforth Airfield not the best as it was very windy and they wouldn't let us into the actual airfield. 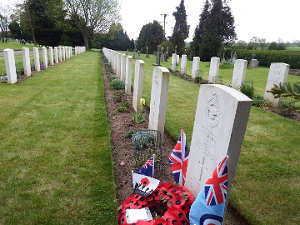 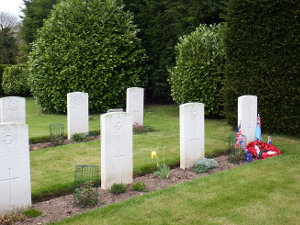 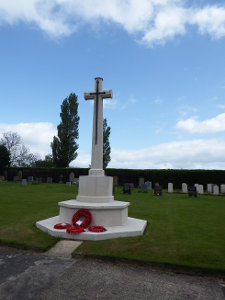 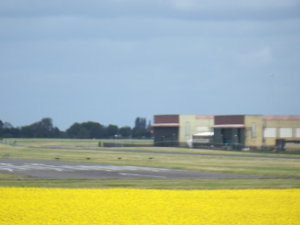 Members of Clitheroe Youth Forum recently went to Barrow in Furness (3/5/2015) to hold a dedication service and lay a wreath and flags as a mark of respect to two pilots killed in the Forest of Bowland during World War Two. Pilots J Goulter from Australia and P Struniewski from Poland. Their headstones are shown on the respective Casualties page.

We had our meeting on Tuesday 5th May 2015 with the AONB and as you will see an agreement was reached. No change as we submitted to the Ribble Valley Borough Council who gave planning permission before Christmas. However as the Memorial is to be sited on Common Land it still needs the Secretary of State to approve and this important step forward has as you can see been sent to the Government Inspector. We hope that approval will soon be forthcoming.
It is a great shame that this objection by the AONB has held up our project and to honour these brave men by at least ten months.

Following meetings on site and in the quarry today between myself; Elliott Lorimer of the Forest of Bowland AONB; the Chairman, Mel Diack, and other representatives of the Clitheroe Youth Forum; the Deputy Leader of Lancashire County Council, C.Cllr Johnston and C.Cllr Atkinson, and Dave Oyston representing United Utilities the land owner, agreement was reached to an understanding between the parties concerned.

Accordingly may I now ask you to expedite the S38 approval for this development since:
The Forum’s HLF grant has now expired due to the delay in approval - though a short extension has apparently been agreed.
The development needs to be implemented this summer.
The International Unveiling Ceremony of the Memorial Stone is planned for later on in the summer with attendees representing the various Airforces and families of the deceased Flyers listed on the Memorial Stone from the USA, Canada, Australia, New Zealand, Poland as well as us British, of course.

Marc Mallam - on behalf of the Clitheroe Youth Forum

Article in the RSA-Review New Zealand

An article has appeared in the RSA-Review in New Zealand about F/O Gilmer one of the casualties we researched after finding out he had crashed on the Bowland Fells. The article  link is RSA-Review and will be found on Page 30 which refers to several casualties of World War Two. A copy of the article is shown below. 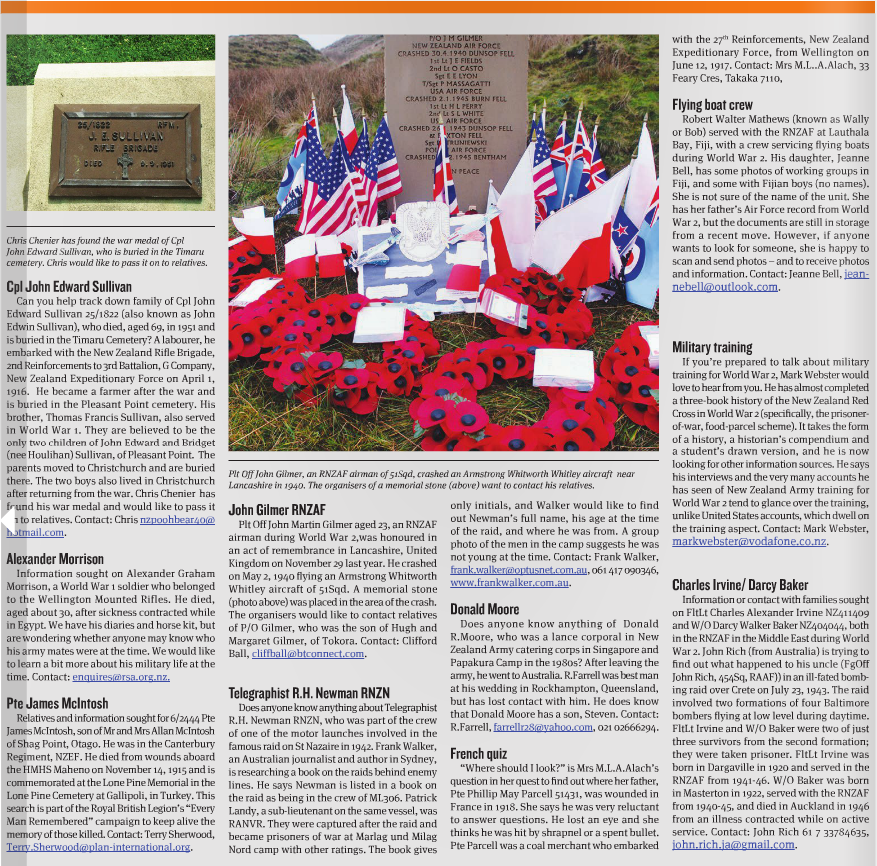 This article appeared in the Lancashire Telegraph on 24th April 2015,

Special thanks to the family of John Martin Gilmer and to Simon Strombom of the Department of Conservation of the New Zealand Government, for the copy of a letter sent by John Martin Gilmer to his parents, when he was stationed at Dishforth in Yorkshire.

Services at Blackpool and Mellor

On Saturday 28th March Clitheroe Youth Forum held several services namely at Layton Cemetery (Polish airmen), Blackpool and Mellor (British Airmen) to pay our respects to these pilots who are buried there and part of our World War Two project. 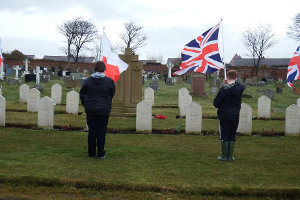 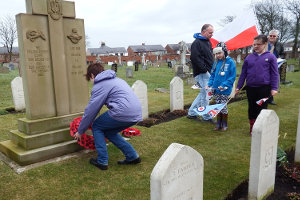 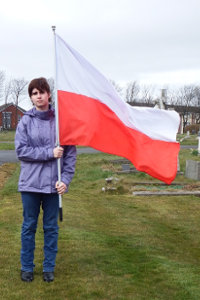 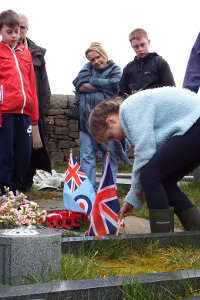 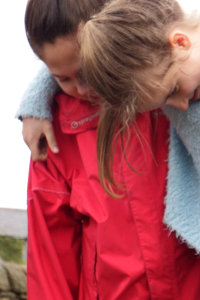 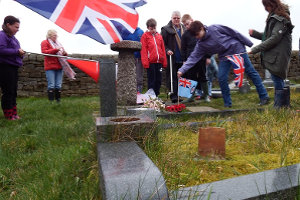 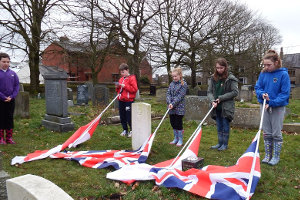 Some pictures from these two events. 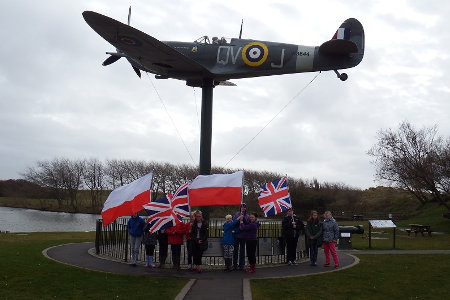