Welcome to our site,

This project came about because I went to the Old Clitheroe Town Hall in 2008 to look at the Remembrance Books for those who died in the two World Wars - 1914-1918/19 and 1939-1945. I was taken aback to discover that there was only a Remembrance Book for those who fell in the First World War. This however is a lovely book and a tribute to those involved in making it.

I made enquiries about a book for the Second World War with the Town Clerk. He was not aware of one but thought if anything it might be in the local Library. Unfortunately this wasn't the case. I also made approaches to the Ribble Valley Borough Council and Local Museum but no joy.

I then wrote letters to all concerned and asked if it is/was proven that no book existed - which turned out to be the case - would they care to help with some funding.  I offered to supervise the work needed to be done to make sure the 71 men and one woman had a Remembrance Book made in their Honour.

The letters I received back were sadly negative. Each Authority stated although they agreed ‘in principle' that a Remembrance Book should exist, for whatever reason one had never been commissioned. They were satisfied that the casualties were acknowledged through their names being included in the War Memorial and in a paper list held by the Library. So no offer of funding was made.

Even the local branch of the Royal British Legion, whom I approached very early on, were at a loss to know why no such book existed but were unable to offer any practical assistance or funding.

I was disappointed by these responses, and knew that it would be almost impossible, as an individual, to get funding to support such a project. I then decided to raise the issue at a meeting of the local Clitheroe Youth Forum, which I helped to start up 10 years ago, and of which I am Chairman.

The young people didn't know of a Second World War and certainly had never been to their Local War Memorial in the Castle Grounds.

I explained that I was trying to get due recognition for those who came from Clitheroe and had died in the war. I was delighted when the young people agreed to help me, and we then formulated a plan to work out what needed to be done.

This was and is a massive task. When I met officials from the Heritage Lottery they explained that it wasn't enough to just have a Remembrance Book to attract the funding - it had to be wider and broader.

I then sought some partners to get the ball rolling. With the help of Andrea at the CVS in Clitheroe we came up with the local Braille group;  ITZone – a local web design group;  the County Museum Services,  and Clitheroe Library. The Heritage Lottery Officials were especially keen on a DVD/film being made of the project along with sound recordings. They also wanted an in depth studyof at least 6 soldiers and if possible the same again from local people who had lived through the War, or knew family members who had lived in that period.  We would get basic historical information from that period as to the part Ribble Valley played during 1939-1945. And we would also research all the men and women killed.  It took some considerable time to complete the application for funding – with invaluable assistance from Andrea at CVS (Thanks Andrea). 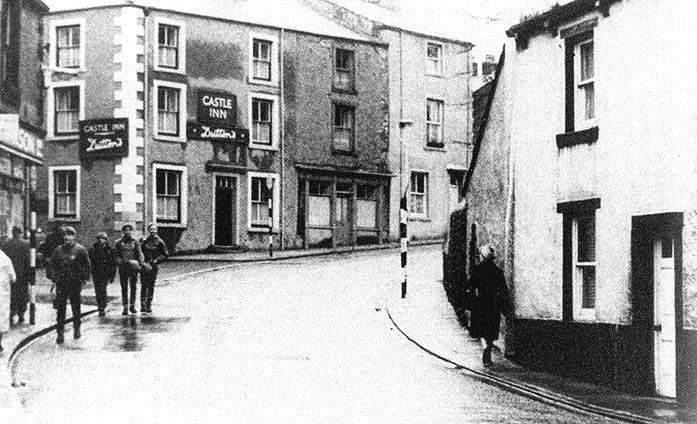 While we waited for a decision, the young people did small bits of research. I had decided that even without funding I would have gone ahead but on a smaller scale.

We were delighted when the decision was made in late 2009 to grant us funding. Even then the paperwork was difficult to do and this was even after being given the official blessing to proceed but I got it done in the end.

I then made a contact at the Craft Studio who recommended that I contact Marion from the local Digital Camera Club. We met and she then introduced me to Roger Leach who kindly offered to film the project with the involvement of the young people. I am delighted to have Roger and Marion with us. I was also seeking out a calligrapher and by one means or another I was given Norman Kelly to contact who has been another stalwart. He has already given some of the young people a taster session on calligraphy which has been ongoing.

At the same time Chris Tattersall of ITbraille offered to help with a Braille Book and he too has involved some of the younger people in this work.

Whilst all this has been going on we have had a photographic launch in the local paper announcing the £21,200 award which comes in phases.

This money is to pay for the creation of the website, the Book of Remembrance, trips of historical significance and other related work.

As I write this we are off to the Manchester War Museum on Tuesday 6th April and Eden Camp in North Yorkshire on the 8th April -Easter period. Two long days -I'm sure but will be interesting.

We have also been on BBC Radio Lancashire asking for local residents of the Ribble Valley to come forward with information on loved ones who were in the war or lived through it as well as any hopefully who were in the fighting and able to be filmed. Arron Ripley and Daniel Dewhurst spoke well on the John Gillmore show.

Anyone who has memories -photographs -ration books or stories of that period are welcome to contact us and since the radio programme and another letter in the local Clitheroe Advertiser and Times I have had ten calls.

Marion and Roger are agreeing to meet these first ten as the young people need more film practice.

I have also been in contact with Andrew at the North West Sound Archives and he is putting together a tape of all the people who have mentioned World war Two in their talks with him.

The young people will then go and listen to these and give their own recordings on what they have heard and our project and will keep this updated.

We are also going on the local Clitheroe Radio/Internet this Friday to again spread the word.

Roger and I are visited the BAC History Museum at Warton as English Electric as it was known back in the War built at least 7,000 bombers, serviced fighters and fitted radar.

We shall be obtaining information from Castle Cement as they made the casings for the Dam Buster Bombs and black tarmac for the runways.

Roger and I have also discover the underground bunkers at Dunsop Bridge used by the RAF Observer Corps. We hope to take the lid off and have a look inside next time.

We are also going to record those men and women killed since the end of the 1945 conflict and already know of two killed in Ireland.

We also hope to put on the website all those who survived the War.

We are also collecting historical photo's of the Ribble Valley from that period and due thanks will be given to those who support this project.

We will also be holding an exhibition of our work in the Castle Museum and a Celebration 'Thank You' to all those involved.

We should have the bulk of this work completed by mid November although this may be put back to Easter due to the enormity of the work involved. However the website is an ongoing process.

Even at this stage I would like to thank those who have been supportive especially the young people.

Morgan Rawcliffe has already been filmed speaking about her Grandfather who served in the War and survived and was decorated. Her Grandfather died several years ago but his family have his diaries, metal tin, whistle, badges, photographs and much more and Morgan was a real little trooper when speaking of him. Well done Morgan who is aged 11.