Thanks to Gordon Fairweather for the following article.

In last year’s Parish Newsletter readers were reminded of the glorious past of the old Blackburn Orphanage and how it was founded by James Dixon in 1886 when he placed all his savings into an orphanage building fund. Many thousand of homeless or destitute children were cared for in a safe secure home until they reached the age of 16 and 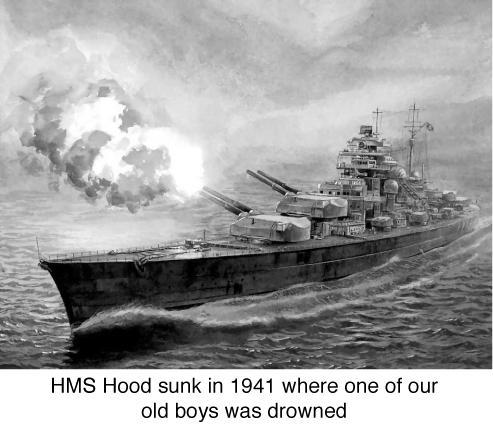 most became worthy citizens, loving parents and valued members of the community. In the First World War 116 fought for their county and ten gave their lives. In the Second World War seven died - one of whom lost his life when the HMS Hood was sunk in 1941 by the German Bismark - the largest battleship ever built.James Dixon was not a rich man - he was a joiner by trade - but amazingly he managed to raise enough money not only to build one but two orphanage buildings and was also able to fund the every day costs of looking after the children. As a Sunday School teacher we know from his diaries that he used to visit his class pupils in their homes and so knew first hand of the poverty and hardship that existed. With this first hand knowledge he was able to prick the conscience of the better off citizens of the town to good effect. One entry from his diary says he found a little boy (Peter Tomlinson) with his mother in an empty room in Pipermakers Entry, Furthergate. There was absolutely nothing in the house but some straw and a candle in a bottle burning near the straw. The mother was dead drunk, having sold the little boy’s clogs for drink.

As the Allied Armies advance into Germany they are freeing thousands of Britsh Troops who have been held prisoner for months and in some cases for years. Amongst these prisons are members of the Clitheroe Territorial A.A Battery who were captured at Crete. Last week we announced that Gunner George Weaver of Moss Street, had reached home. He has been followed by three other members of the Battery: Bombardier Joe Lannon. Gunner Teddy Punchard and Gunner Dick Moorhouse. In addition Private Walter Green, a Grindleton Parachutist, captured at Arnhem, has arrived safely home and Lieut Tim Knowles of Hurst Green who was captured in Libya arrived home last night. Many more men from Clitheroe and District are prisoners and news of their safe arrival in England is eagerly awaited.

This is the Griff -By LANCE JACK Friday 11th MAY 1945 Clitheroe Advertiser and Times.

I have received two letters this week. The first is from Private Dorothy Wilson, Littlemoor Road, who is with the A.T.S in Belgium. As far as I know she is the only Clitheroe A.T.S girl overseas. Dorothy writes :-

Having just read through the pages of the Advertiser and Times I decided that I would write to you once more. Reading the local news, one forgets for a time ones surroundings and imagines Clitheroe and its district is just around the corner. Moreover I am afraid it is further away than that. Since last I wrote to you I have travelled many miles into yet another country. We were only in France six weeks when we packed up once more and, after travelling in Army lorries across France for two days we arrived in Belgium. It is just seven months since we arrived here but the time has gone quickly. This place had only been liberated 16 days when we got here and all the excitement had not died down. All the people were very kind to us, and indeed they still are.

An island fair in a sea of blue

With roar of wave and seabirds mew

A heaven on earth so it would seem.

The dusty roads to who knows where

Houses white and folks who stare

The groves of olives, holy herb

And men of war the lambs disturb

A drone of man made hornets sound

The crash of gun and shell around

That once was man now caught in mesh

To god of mars is given life.

An island fair in sea of blue

With roar of wave and seabirds mew

But heavens gone the chiming bell

Is herald to the reign of hell.

Our thanks to Reginald James Pye a dear friend of Sam Parker who made a promise to have this poem made public.

Whilst engaged in mock jungle warfare in Spring Wood, near whalley Golf Club, on Tuesday afternoon, men of the East Lancashire Regiment made a gruesome discovery. They found the body of Sapper John Henry Folds aged 36, Royal Engineers, whose Mother resides at 17, Victoria Road, Padiham. The body was in an advanced state of decomposition. Sapper Folds a single man, joined the Army in 1940 and took part in D-Day operations. Last month whilst on leave in Germany, he reported sick, and was a patient at Calderstones Hospital, being discharged on June 14th. He had not been seen since. The East Lancashire Coroner (Mr F Rowland) will hold an inquest to- day (Friday). Clitheroe Advertiser and Times July 6th 1945. 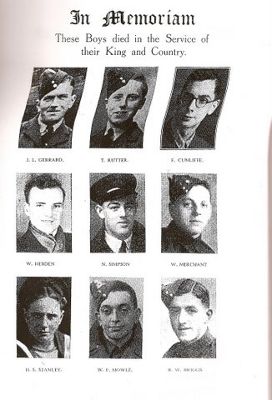 These men are from the Whalley and local area and killed during World War 2. 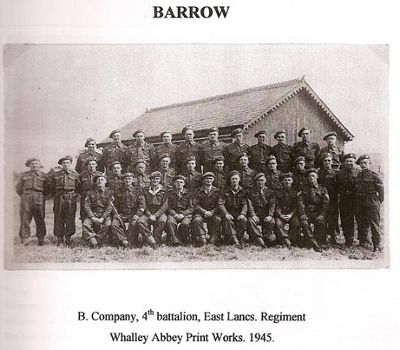 Photo's and Whalley research compiled by kind permission and presented to our project by George and Ida Hardman-Whalley. 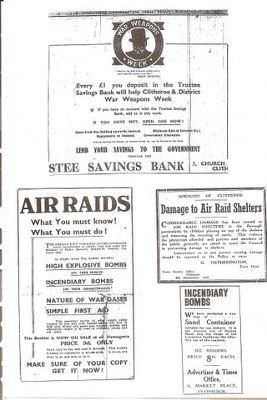 Several cuttings from the Clitheroe Advertiser and Times (1) 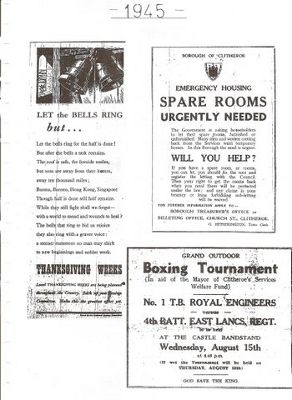 Several cuttings from the Clitheroe Advertiser and Times (2) 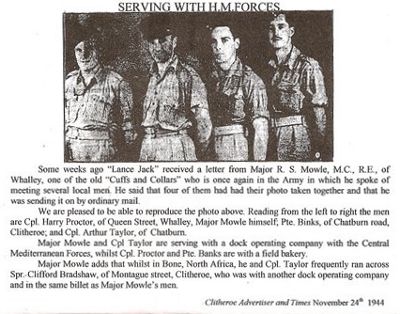 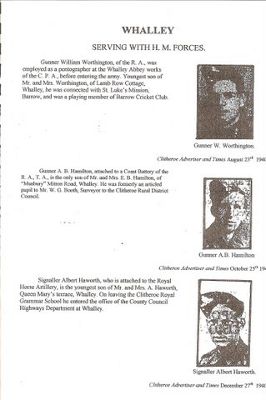 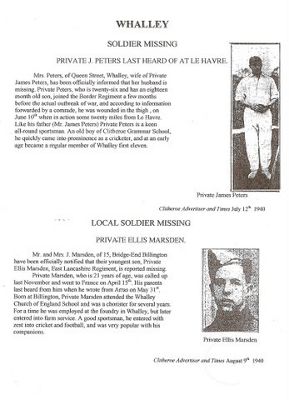