Additional Info: Sergeant William Hebden, of 2, Poole End, Whalley, died as a result of an accident whilst a patient in Belfast Military Hospital, in July of this year. He has been mentioned in despatches, for distinquished services in December 1940. At the time, he was serving in France and he died two and a half years later without knowing of his honour. Aged 25, Sergeant Hebden joined the forces seven years ago and was in the thick of the fighting. He was one of the last to leave the shores of Dunkirk, swimming to the boat with a comrade on his back. He served in Malta, and he had been stationed in a large number of towns and cities at the time they were blitzed. A keen athlete and a splendid swimmer, he won several medals for sport whilst serving in the Army. As a boy, he attended Whalley Day School and later entered the employ of Mr J Stavely, a local farmer. 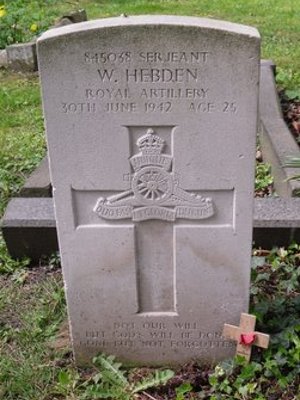